Dr. Quint specializes in treating teens and women with MRKH and other conditions that affect reproductive tract development. She has published papers that address pelvic pain stemming from uterine remnants in individuals affected by MRKH, and has a clinic devoted to MRKH. 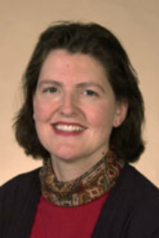 He is the past president of the North American Society of Pediatric Adolescent Gynecology, and the past chair of the American College of Obstetricians and Gynecologist’s Adolescent Health Committee. Dr. Laufer has conducted research and published extensively, lectured internationally, and is the co-author of 4th and 5th edition of Pediatric and Adolescent Gynecology. Dr. Laufer is recognized internationally for his expertise in pediatric and adolescent gynecology, reproductive endocrinology, endometriosis, reconstructive surgery for congenital anomalies of the reproductive tract, and gynecologic surgery. Dr. Laufer is an advisor to the Endometriosis Association and moderates the Center for Young Women’s Health Chats on MRKH and Endometriosis each month. He has been recognized by numerous organizations with awards for being an excellent doctor.

Dr. Laufer specializes in treating teens and women affected by MRKH. He has an clinic devoted to individuals with MRKH and has published several manuscripts on MRKH, including one exploring the psychosocial implications of primary infertility in women with MRKH. He also is a major contributor to the American College of Gynecology’s Committee Opinion on the management, diagnosis and treatment of MRKH (AKA Müllerian Agenesis). He and Phaedra Thomas, RN, BSN, are the Co-Directors of the Center for Young Women’s Health at Boston Children’s Hospital. Phaedra and Dr. Laufer host the annual MRKH Meetings at Boston Children’s Hospital.

​​Dr. Laufer is the Chief of Gynecology at Children’s Hospital Boston, a reproductive endocrinologist at the Brigham and Women’s Hospital, and Associate Professor of Obstetrics, Gynecology, and Reproductive Biology at Harvard Medical School.

The Behringer lab is interested in defining the factors that cause the male and female phenotypes, including gonad and reproductive tract differentiation. To facilitate these studies, they generated transgenic mice expressing novel fluorescent reporters for live-imaging to follow the behaviors of cells during reproductive organ formation. In addition, they have created mouse models that have helped define how the male and female reproductive tracts develop. These mouse models may be useful for understanding the formation of human Müllerian development. One of his most relevant set of studies involves a gene that is potentially involved in MRKH. The gene is called LHX1, and several human studies have showed that 3 of 19 women with MRKH have a large deletion on one of their chromosomes that encompasses LHX1.

Richard Behringer is a Professor in the Department of Genetics at The University of Texas MD Anderson Cancer Center, Houston, TX and holds an adjunct position as Professor at The University of Texas Graduate School of Biomedical Sciences in Houston. His research focuses on the molecular and cellular mechanisms that lead to the formation of the mammalian body plan, the genesis of tissues and organs during embryogenesis and the pathology of developmental defects. In addition, his lab studies the genetic mechanisms that result in organ morphology and physiology differences that have evolved between species. They use genetic, embryological and comparative approaches.

​The mammalian reproductive organs are essential for the continuation of species and are common sites for disease. 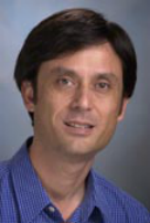 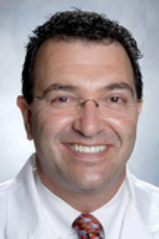 Joe’s research focus is in identifying the general reasons why animal models often fail to predict human outcomes, and providing solutions to improve the efficacy and well-being of animal models. Both these issues reflect the interface between animal-based medical research, and animal well-being. The medical research community has long recognized that “good well-being is good science” – the lab’s work is directed at exploring this interface, while providing tangible deliverables for the well-being of human patients and research animals.

We asked him to be a member of the SAB because of his extensive knowledge in well-being research. His expertise will be helpful in identifying research studies that explore psychosocial well-being in individuals and families affected by MRKH. 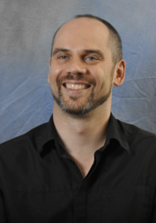 We invited Eric Vilain to be a member of the Scientific Advisory Board because of his expertise in human genetics of conditions that affected reproductive tract development and his burgeoning program in understanding the psychosocial aspects of these conditions. Eric Vilain, M.D., Ph.D., was born in Paris, France, and earned his M.D. from the Paris Children’s Hospital Necker, his Ph.D. from the Pasteur Institute in Paris, France, then completed a post-doctoral fellowship in Medical Genetics at the University of California, Los Angeles. He is Professor of Human Genetics, Pediatrics and Urology in the David Geffen School of Medicine at UCLA, the Chief of Medical Genetics in the Department of Pediatrics and the Director of the Center for Gender-Based Biology. His laboratory explores the genetics of sexual development, focusing on the molecular mechanisms of gonad development, as well as on the genetic determinants of brain sexual differentiation.

Dr. Quint’s clinical, research and teaching activities have been focused on pediatric and adolescent gynecology, gynecological care for women with developmental disabilities and hysterectomy alternatives. She has been associate editor of the Journal of Pediatric and Adolescent Gynecology, writing an educational section, for many years.

Dr. Quint is experienced in faculty issues through her service on the Advisory Committee for Clinical Track Appointments and Promotions (CLINACAP). She has been a member of this Committee since 2001, and served as Chair during 2002-2004. Dr. Quint also has served on several departmental and UMHS committees. Her administrative activities extend beyond the University of Michigan. Since 1999, she has been chair of the State of Michigan Medical Advisory Committee on Family Planning, and in 2003, she has been Medical Director of the Michigan Department of Community Health Title X (Family Planning) Program.

He has identified a large number of mutations in sex-determining genes, developed animal models with atypical reproductive tract development, and identified genes differentially expressed between male and female fetal mouse brains. He currently works at three projects: the genetics of Disorders of Sex Development, the genetics of sexual orientation and gender identity and the biological bases of sex differences in susceptibility to diseases, particularly for Parkinson’s disease and hypertension. He has also started a reflection and applied research program on the social consequences of genetic research, at the level of the clinical context (do genetic data improve clinical outcomes, modify patient-physician relationship, and present risks to the patient?), and at the societal level (is genetic information on specific minorities helpful or harmful? Should genetic information influence public policy?). His research program has been continuously supported by several grants from the NIH, and he has published extensively in the field of sexual development. He is a Fellow of the American College of Medical Genetics, and a member of numerous professional committees, including those related to the care of individuals with DSD/intersex conditions. 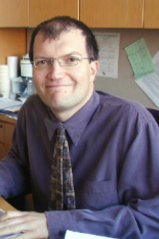