Badia founded the organization in 2009 designed to encourage women through the guidance of the Holy Spirit.

In addition to fulfilling her Ministry and other early accomplishments she provides support to women born with Mayer-Rokitansky-Kuster-Hayuser Syndrome “MRKH”. In 2013, Sister Badia completed her B.A in Ministry and a minor in Pastoral Studies, graduating from Nazarene Bible College in Colorado Springs, Colorado. Badia continues her studies working towards her (M.A) Human Services: Christian Counseling with an expected graduation date in 2017. Additionally Badia continues to develop her nonprofit organization (S.A.F.E) within the community, catering to the empowerment of women by way of group sessions and excursions. Badia also finds solitude in teaching Sunday school classes for early age children who want to learn about the life of Jesus Christ.

Badia is the oldest of six children; she grew up in the suburbs of Prince George’s County. In 1993 Badia underwent a surgery and was diagnosed with MRKH. Badia went on excelling in a successful career in cosmetology for over a decade. MRKH did not allow Badia to hinder her love for children, so she opened a childcare center in her home. She is big on family and adores spending quality time with her parents (Weldon and Algie), three brothers, two sisters, and eight nieces and nephews.

​Professionally Badia is the founder and CEO of the non-profit organization (S.A.F.E) Sister’s Anointed for Encouragement. 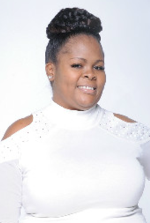 She immediately started working for Brogan & Partners Convergence Marketing in Birmingham, Michigan doing the media planning and buying for the Michigan Health Department. In 2013 she obtained her Master's in Advertising from Michigan State University. On top of working full time, going to school and training for Miss USA she decided that having the title of Miss Michigan meant nothing if she didn't use the platform to bring awareness to a "secret syndrome" she was diagnosed with at 16 years old. She partnered with BYMRKH to bring awareness of MRKH internationally. Jaclyn was the first public figure to ‘come out’ with MRKH Syndrome to an international audience.

Jaclyn and her fiancé, Jon, were contestants on SurvivorTM Blood vs Water, San Juan Del Sur. She and Jon played a tough game. During the show, Jon and Jaclyn talked about the difficulties of growing up with MRKH and infertility. The entire MRKH Community cheered them on as Jaclyn finished in 2nd place after winning a crucial immunity challenge! Following the finale, she and dress designer Amy Kirchen, partnered to create a stunning cocktail dress under the line, JaclynMarrie. Jaclyn is generously donating her proceeds from this line to BYMRKH.

Jaclyn has been honored for her work of spreading MRKH awareness by the United States House of Representatives, The Michigan Women's Commission, Central Michigan University Alumni Association, The University of Michigan and Boston Children's Hospital. Jaclyn continues to speak at and inspire MKRH support groups around the country.

Whirlwind is the only way to describe Jaclyn's life since being crowned Miss Michigan USA in 2013. Jaclyn won the coveted title on her first try, the only pageant she ever competed in. Jaclyn was raised in Wyandotte, Michigan and spent most of her childhood and teenage years playing softball, track, basketball and varsity volleyball. Growing up in a traditional Polish household, she was also involved in Polish dancing and competed nationally with the Polish Roman Catholic Union's Polish dance team for 9 years.

In 2010 she graduated with a Bachelor of Arts in Public Relations from Central Michigan University. 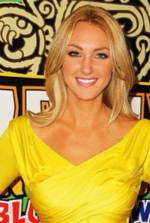 the Spokesperson for BYMRKH and an Advisory Board member, to talk about her experiences with becoming public about MRKH at the 2013 and 2014 Boston Children’s Hospital MRKH Conferences. She was elected Vice President at her college and started a campaign calledEnding Normal, which she hopes will lead to greater acceptance of the breadth of diversity that naturally occurs in society.

Danielle Marie is a young woman who was diagnosed with MRKH in November, 2011, when she was 15. After going to her first MRKHConference at Boston Children’s Hospital in October, 2012, she createdFighters. the first ever all private Facebook Page for women with MRKH.Fighters has grown to over 150 members representing more than 13 countries. Danielle's page has helped countless women of various age groups deal with MRKH, creating a safe environment for them to share their deepest thoughts and feelings. Danielle is the youngest guest faculty member at the annual Boston MRKH Conference. She planned and organized for Jaclyn Schultz, 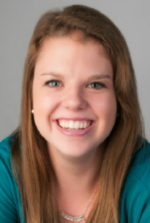 My name is Carly and I am thrilled to be a part of the BYMRKH advisory board! At 16, I was diagnosed with severe endometriosis and MRKH, but Beautiful You MRKH Foundation graciously gave me the opportunity and resources I needed to turn my obstacles into triumphs. My goal is to change the lives of young women the way BYMRKH has changed mine! 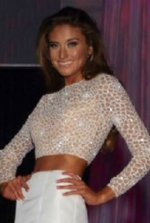 Chrissy, is an outspoken supporter and advocate for MRKH awareness, and infertility in general. She participates in and leads several in-person and online support groups; speaks at infertility charity events; advocates and lobbies for better health insurance coverage and federal tax credits to help cut the costs of IVF and adoption; and has a personal blog dedicated to ways to afford the journey to motherhood through surrogacy. She is committed to BYMRKH and its mission because of the positive affect the organization has had on her own life personally and for the MRKH community in general. Chrissy lives in the Washington, DC area with her husband of many years and their 3 furbabies. 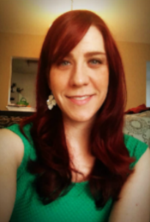 and the Dempster Family Foundation to educate and support the 22q community. Michelle feels that by leading the charge for another 'rare' community, she was ultimately rewarded with her own diagnosis and community.

​Michelle Breedlove Sells is the Executive Director of The Dempster Family Foundation, which was launched by MLB Pitcher, Ryan Dempster after the birth of his daughter Riley. Michelle is responsible for creating “The 22Q Mystery Bus Tour”. It is the first and only mobile awareness campaign for 22q11.2 Deletion Syndrome, and Michelle has personally driven the bus over 50,000 miles. She is also the creator of “The 22Q University”; a live web-based education platform which links 22q families directly to the 22q experts. Michelle has accepted opportunities to speak at conferences throughout the world; focusing on awareness and education.

Prior to the Dempster Family Foundation, Michelle spent 10 years in sales, marketing and corporate training within the medical field. Michelle is married and resides in Dallas, Texas.

Over the past five years, Michelle has been a fierce advocate for another 'rare' genetic condition called 22q11.2 Deletion Syndrome (22q).  As Executive Director of the Dempster Family Foundation, Michelle forged relationships with geneticists and clinicians throughout the world. In turn, these dedicated professionals have partnered with Michelle 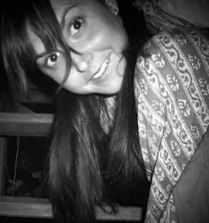 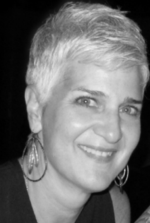 Catherine is the ordinary mother of an extraordinary teenaged daughter who was born with MRKH.  She understands the feeling of hopelessness and isolation the diagnosis can cause and therefore is passionate about BYMRKH as it dramatically changes the lives of those affected by MRKH in providing information, support, community and awareness.  "The resources available through BYMRKH - the personal connection, sister-to-sister mentoring, accurate medical information - these things provide the kind of essential support to which all MRKH warriors and their families should have access." Catherine lives in Southern California with her husband and three children.